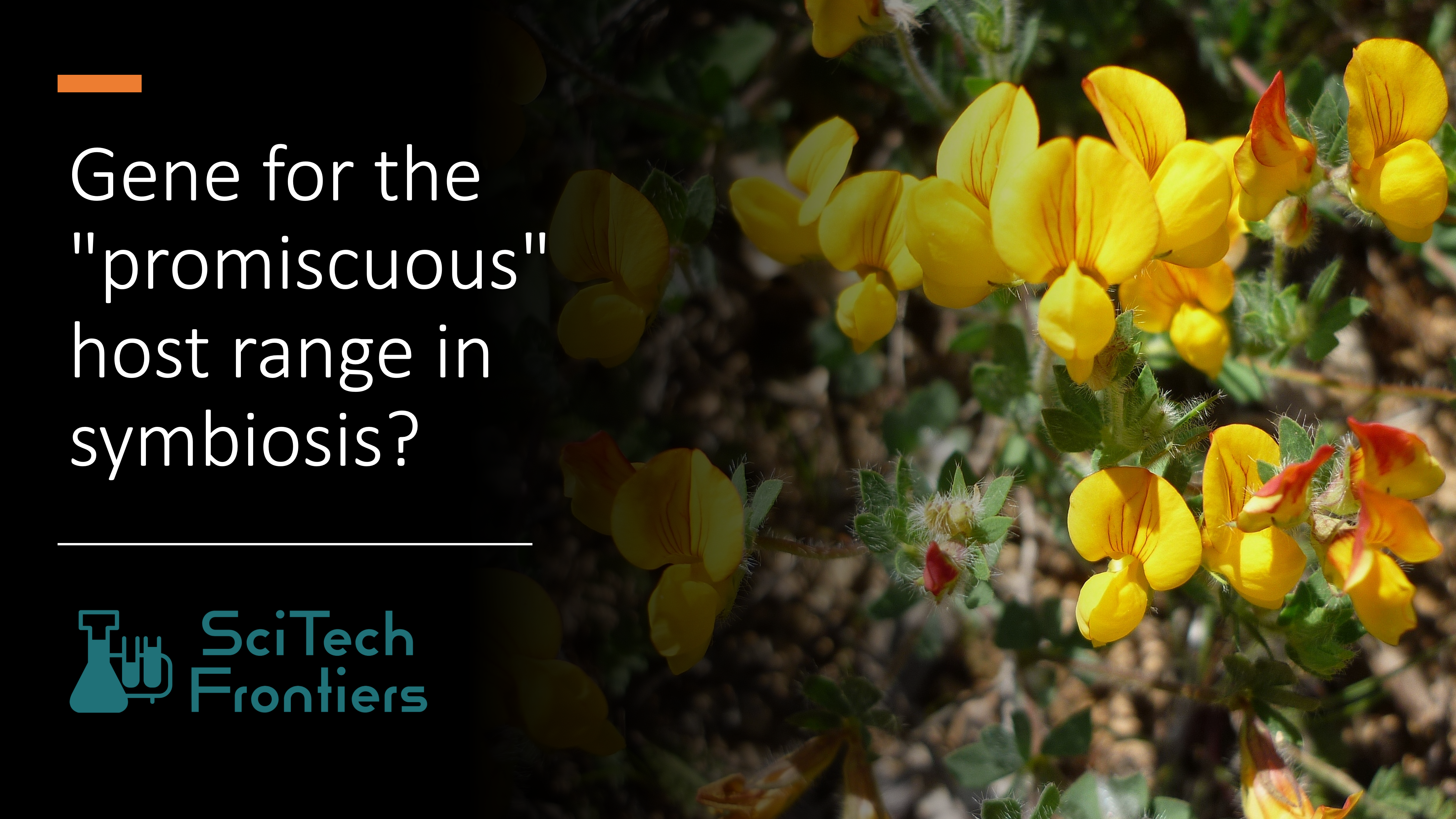 Root nodule symbiosis is a mutually beneficial relationship between legume plants and nitrogen-fixing bacteria called rhizobia. In this process, the legume plant provides the rhizobia with a place to live and access to energy in the form of sugars, while the rhizobia fix nitrogen from the air and convert it into a form that the plant can use. This process is important for the growth and development of legume crops, as it allows them to thrive in nitrogen-poor soils.

However, not all legume plants are compatible with all species of rhizobia, and various factors determine the compatibility of the symbiotic relationship. These include the production of specific signaling molecules called Nod factors (NFs) by the rhizobia and the presence of certain proteins and sugars called effectors and exopolysaccharides. The legume plant also plays a role in the process, releasing chemicals called flavonoids that trigger the production of NFs and the infection of root cells by the rhizobia.

Recently a study published by Zarrabian and colleagues looked into the host-range of two different legumes. In this study, the researchers examined two species of legume plants, Lotus japonicus and Lotus burttii, and their interactions with different species of rhizobia. They found that Lotus burttii was able to form nodules, a structure on the roots where the rhizobia live, with many different species of rhizobia. In contrast, Lotus japonicus was less “promiscuous” and could only form nodules with a few specific species.

Using advanced genetic techniques (QTL), the researchers were able to map the promiscuity of the two Lotus species to a specific genetic location. However, they could not identify the specific genes responsible for the extended nodulation capacity of Lotus burttii. They suggest that other components linked to the identified genetic location, such as resistance proteins, may be responsible for the promiscuity of Lotus burttii.

The researchers also found that many of the interactions between Lotus burttii and different species of rhizobia had either no effect or a negative impact on the plant’s growth. However, a few of the interactions did have a positive effect on the plant’s growth. This suggests that there may be additional compatibility factors that are needed for efficient nitrogen fixation and transfer in these symbiotic relationships.

In addition to the genetic factors that influence the compatibility of legume-rhizobia associations, other molecular players also play a role in restricting the compatibility of these relationships. These include the perception of specific root flavonoids and rhizobia-produced NFs by the plant, and the production of exopolysaccharides by the rhizobia. Some legume plants also have mechanisms to reward or penalize the effectiveness of the rhizobia living within their nodules.

Overall, this study highlights the complexity of legume-rhizobia associations and the importance of understanding the various factors that influence the compatibility of these relationships. Further research on the genetic and molecular mechanisms involved in these associations could lead to the development of better legume crops for nitrogen fixation, with the potential to improve crop yields and increase food security in areas with nitrogen-poor soils.

ChatGPT was used to summarize the published paper.