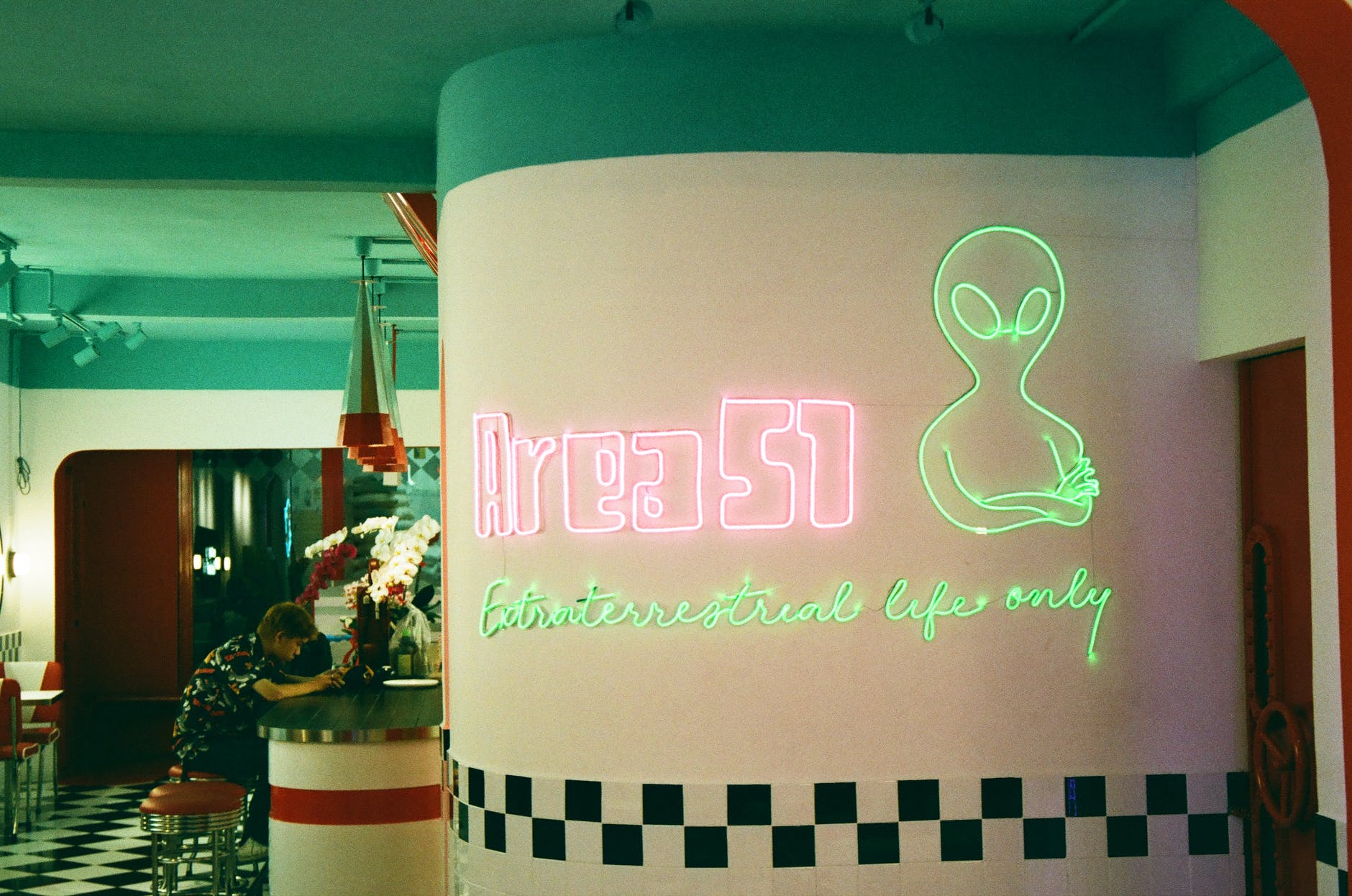 Myth is a common word in our society.

What if the myth and science stay together in some cases? Damn, is that even possible? Rumor and science, how can they stand side by side? It reminds me of a mixture of oil and water, which does not mix with the same mix and stays side by side!

Today I will tell you the story of a modern myth that is close to such a science.

We have heard some myths about different parts of the world at other times. Many say that all these mysterious events take place in these places, which are beyond human explanation. Many people say that people are behind these spooky activities.

Many of you may be familiar with the term Area 51 from the benefit of the Internet. A big reason to be expected is the prevailing myth about all the strange experiments and researches that take place here. It is a highly classified American Air Force base, founded shortly after World War II.

It is located in Lincoln County, Nevada, USA. The location is about 65 miles north of the famous American city of Las Vegas. Originally located on a dry lake called Groom Lake in the Nevada Desert, there was no shortage of interest from the beginning.

After the Vietnam War, various documents from the US Central Intelligence Agency, the CIA, referred to it as Area 51. The general public still doesn’t know much about the true purpose of this American Air Force base.

Even the movement of any aircraft over the region without official permission has been declared entirely illegal.

Many speculate that experimental aircraft and defense systems are most likely to be studied here. The defense system here is so secure that conspiracy theorists often say that UFOs are probably being researched and even created here! Because when you try to get inside the place, you will come across many warning message banners and electronic surveillance barriers. If these are somehow you can go north, there are numerous armed guards but just ready to intercept you in the next step!

Although it has never been declared a secret base, much of the research that has been done here is top-secret.

Area 51 is located next to another protected area, the Nevada Test Site. Between 1950 and 1990, a number of successful US nuclear tests were conducted here.

Following the passage of the Freedom of Information Act for the first time in the United States, on June 25, 2013, the CIA released to the public for the first time a number of declassified documents relating to the history and structure of the base.

Initially, the American Air Force acquired the site in 1955, with the primary objective of testing the flight of Lockheed U-2 aircraft and SR-72 Blackbird. The area around Area 51, a small town next door, is known as a famous tourist spot.

The type of privacy surrounding Area 51, its relationship to classified aircraft research, and the various supernatural events that have taken place here have made this place the focus of modern UFO and conspiracy theories. Below are some of the claims that conspiracy theorists have always made about this area.

There are many theories about underground management. It is located on Paphos Lake (again called AKS64 location), where alien technology is studied. If you try to find the area using conventional satellites, you can easily see the landing strips of Groom Dry Lake.

But the funny thing is about this Paphos Lake,  you can’t see it on Google map. Since the base was established in the 1950s, the number of UFOs in the region has increased dramatically. It was usually seen more in the evening when the pilots of different airlines flew to the west. The UFOs were painted on the silver wings of the U-2 aircraft in the setting sun. Numerous such UFO sightings were then recorded in the Air Force’s Project Blue Book. Project Blue Book basically informs the government about the various UFO sightings.

Many people claim that these conspiracy theories are true. One of them is Bob Lazarus, who claimed in 1989 that he was working at a time in Sector-04 of Area 51. He said he had participated in a study of alien spacecraft here, a process that is directly overseen by the US government. In a documentary published in 2016, Bob Lazar reiterated his claim.

Similarly, a 1996 documentary called Dreamland interviewed a 71-year-old mechanic engineer who claimed to have been an employee of Area 51 in the 1950s. According to him, he was in the process of building a flying disk simulator, which was initially been rebuilt from a part of the UFO that crashed.

Area 51 has been used as a hangout for extraterrestrial life, time travel, UFOs in various books, novels, movies, and TV shows. This place is mentioned in the famous 1997 film Independence Day, Independence Day: Resurgence.

This conspiracy theory has even been used in many popular shows, including the TV series Seven Days, Stargate SG61, Hangar51.

My question is, if there’s really nothing in Area 51, just a military base, then why so much fuss? Why, after so many years of its establishment, the US military has not made an official statement about it!

There is a proverb in Bengali, There is no smoke without fire. Maybe there is nothing mysterious about this; research is being done on advanced technology aircraft or propulsion systems. Couldn’t some of the claims made by conspiracy theorists be true? Could it be that some of the myths from the seventies are real? The real presence of those neighbors named Roswell, Alien, or UFO?

One day time will answer all these questions.