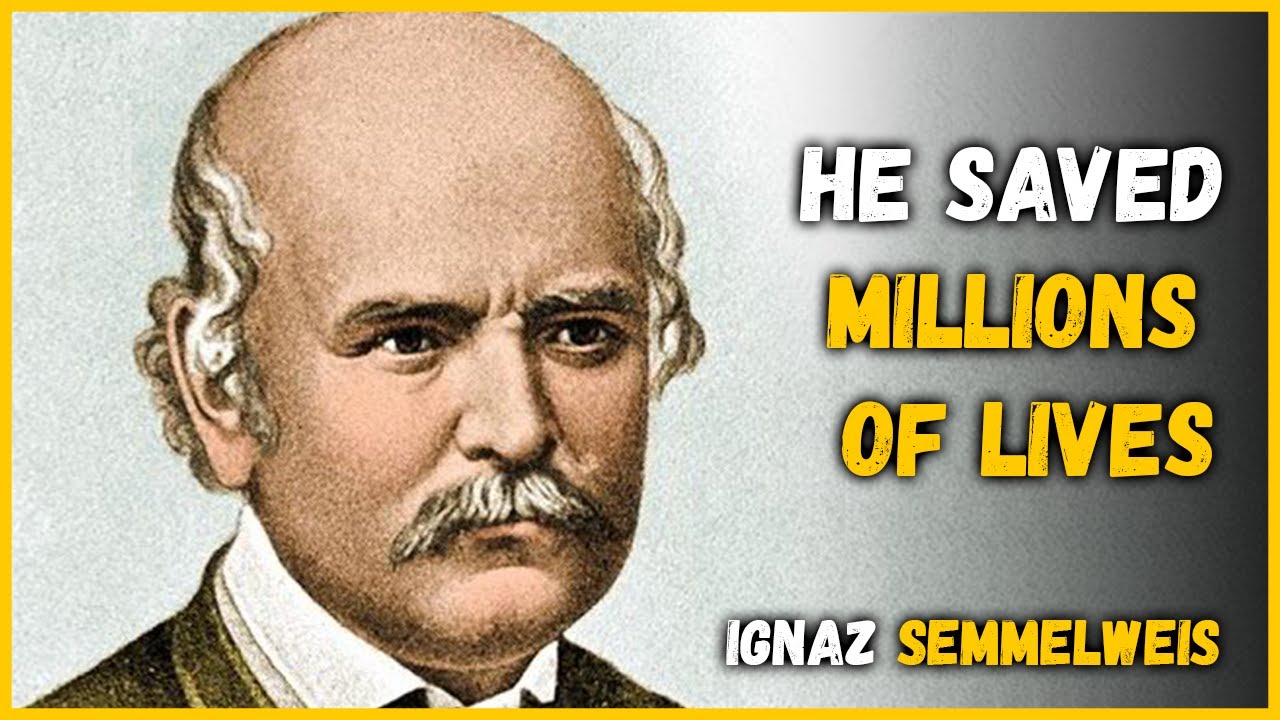 Hand-washing is one of the first lines of protection against the transmission of the coronavirus, and it can feel distinctly low-tech. This very simple act of hand-washing has been proven to be a vital step in preventing the spread of germs. Nevertheless, the link between handwashing and disease transmission was uncovered only two centuries ago, which is regarded early in comparison to Pasteur and Lister’s discoveries, which came decades later.

Hand-washing has a long history, going back to ancient times when it was mainly a religious practice. Hand-washing is mentioned in the Old Testament, Talmud, and Quran all in the context of ritual cleanliness. Hand-washing practices appear to have had public health consequences. For example, during the 14th century’s Black Death, Jews in Europe had a significantly lower death rate than the population at large. Hand-washing as a health-care practice didn’t really take off until the mid-nineteenth century, when Ignaz Semmelweis, a young Hungarian physician, pioneered the idea of “hand hygiene” in medical settings at Vienna General Hospital after observational studies.

Semmelweis, born in Hungary in 1818, after being dissatisfied the study of law, switched to medicine & graduated from the University of Vienna with a medical degree in 1844. He anticipated that after graduating from this famous college, he would indeed be able to pursue a career in his field of choice. He applied for jobs in pathology and subsequently medicine, but both were rebuffed. Semmelweis afterwards shifted on to obstetrics, a relatively new area for physicians that had previously been dominated by midwifery. On July 1, 1846, he started working in the Vienna Hospital’s obstetrics division.

He became involved in the problem of puerperal infection, which was the nightmare of maternity hospitals all through Europe. Puerperal fever, an infection caused by the streptococcus bacterium that killed postpartum women, was the largest cause of maternal mortality in Europe at the time. 13 to 18 percent of new mothers died of a strange condition known as childbed fever, or puerperal fever, in the hospital supervised by physicians and medical students. Even though the majority of women gave birth at home, those who had to go to the hospital due to poverty, illegitimacy, or obstetrical difficulties faced mortality rates as high as 25%–30%. Overcrowding, poor ventilation, the onset of lactation, or miasma were all thought to be involved in the infection. Approximately one in every 100 women died in childbirth at the Vienna Hospital prior to 1823. The death rate for new mothers unexpectedly surged to 7.5 percent after a policy change necessitated those medical students and obstetricians perform autopsies in addition to their other tasks. The Vienna Hospital later established a second obstetrics division, staffed solely by midwives. Only physicians and medical students worked in the older First Division, to which Semmelweis was assigned. It was clear that the first division’s mortality rate was far higher than the second.

It was defined as “the dawn of the physician scientist’s golden period,” when doctors were expected to have scientific expertise. As a result, doctors like Semmelweis stopped thinking of illness as a result of foul air or evil spirits. Instead, they emphasized on anatomy. As autopsies became increasingly common, doctors were more interested in numbers and data collection. Dr. Semmelweis, a young man, was no exception. As a result, Semmelweis started digging. He looked at everything at each maternity clinic, from the weather to the people, attempting to figure out what would be causing an increase in fever cases. He compared and contrasted the two divisions’ similarities and differences. The only major difference was that in the first division, male doctors and medical students delivered, while female midwives in the second. When someone on the ward died of childbed fever, Semmelweis noticed that a priest would move slowly through the doctors’ clinic, past the patient’s beds, with an attendant, ringing a bell. This time, Semmelweis hypothesized that the priest and the bell ringing startled the ladies after they gave delivery, prompting them to develop a fever, become ill, and die. As a result, Semmelweis had the priest alter his path and discard the bell. It didn’t make a difference. Semmelweis was frustrated at this point. He took some time off from his hospital duties to visit Venice. He hoped the respite, as well as a healthy dose of art, would help him relax.

Some sad but important news was waiting for him when Semmelweis returned to the hospital. Jacob Kolletschka, one of his colleagues, a pathologist, had fallen ill and died. He died from a scalpel wound he received while performing an autopsy on a woman who had died of puerperal fever. Semmelweis examined the pathologist’s symptoms and discovered that the pathologist died from the same thing as the women he had autopsied. His autopsy revealed that he had been infected with puerperal fever. And then, Semmelweis cracked the puerperal fever puzzle. This was a eureka moment: Childbed fever wasn’t a condition that only affected women during childbirth. It was something that could make other people in the hospital sick. If his friend’s sepsis was caused by the scalpel inoculation of cadaver particles, Semmelweis hypothesized, then puerperal fever must have come from the same source.

He noticed that the doctors performed autopsies and the midwives weren’t. Autopsies and dissections were never performed on midwives. Students and doctors alternated between autopsies and deliveries on a regular basis, without cleaning their hands in between. As a result, Semmelweis hypothesized that there were little pieces of corpse, decaying animal-organic matter, cadaverous particles, that students were accumulating on their hands from the corpses they dissected. When they delivered the babies, the particles got inside the women, causing them to contract the disease and die.

As a result, he instructed his medical staff to begin cleaning their hands and instruments with a chlorine solution rather than soap. As we already know, chlorine is one of the most effective disinfectants available but Semmelweis at that time had no idea what germs were. He chose chlorine because he assumed it would be the most effective way to remove any odors left behind by the small fragments of corpse. Semmelweis mandated hand-washing across his department after discovering that chloride solution removed odors from things. Anyone who entered the First Division had to wash their hands in a basin of chloride solution starting in May 1847. By the end of the year, the rate of puerperal fever and death had reduced dramatically. The maternal mortality rate also dropped to 1 to 2 percent.

Is it possible that the simple act of washing hands saved all those lives? It sounded crazy to several of Semmelweis’ colleagues.

Because of the prevalent views about how diseases transmit, it sounded unorthodox. Remember that the general belief at this time was that bad and unpleasant odors – miasma – were thought to be a disease carrier. It would take at least another two decades for germ theory — the belief that germs cause disease – to acquire popularity. People used to believe in the “miasma theory,” which claimed that disease was carried primarily through the air by drifting foul scents. People used to wash their hands because they wanted to get rid of the smell, not the particles. Now, according to Semmelweis, the invisible particles on doctors’ hands were to fault. For one thing, doctors were enraged because Semmelweis’ idea made it appear as if they were the ones infecting the women with childbed fever. And Semmelweis wasn’t exactly diplomatic. He publicly criticized those who disagreed with him, and he made some powerful enemies in the process. The doctors eventually stopped using chlorine handwashing, and the obstetrical chief refused to reappoint Semmelweis to the obstetrics clinic and so Semmelweis lost his job.

No one would heed to Semmelweis when he tried to persuade doctors in other parts of Europe to wash with chlorine. Semmelweis became increasingly enraged and eccentric over time. It’s possible that Semmelweis’ refusal to publicize his work contributed to his demise. It’s been suggested that he developed a mental illness as a result of syphilis or Alzheimer’s disease. Ignaz Semmelweis was committed to a mental institution in 1865, when he was just 47 years old. Semmelweis was most likely beaten at the asylum and died of sepsis, a potentially lethal complication of an infection in the bloodstream — basically, the same condition Semmelweis fought so hard to prevent in those mothers who died of childbed fever. With minimal acknowledgment during his lifetime, he eventually died from injuries acquired in a Viennese mental asylum.

Semmelweis’ discovery was finally acknowledged years after his death, after the establishment of the germ theory of disease and significant developments in the field of antiseptics. Semmelweis had established something that is still true today: handwashing is one of the most significant public health strategies. It can protect children from the flu, stop disease from spreading, and keep infections at bay.